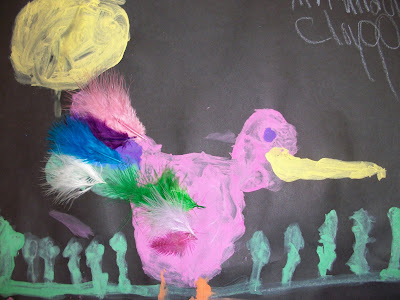 Not to toot my own horn or anything, but I have this great ability to break things down so kids will understand them. I think this is the trick to being a great Art Teacher, in fact...to be able to dissect a piece of artwork so kids understand WHAT to do, HOW to do it, and WHY it will be beautiful in the end. I have so many kid who come to me and tell me they're not good artists. It kills me. Why do they feel this way? Because their work doesn't look like anyone else's? Because they can't draw?

I did these multi-media birds with my Kindergartners. We started with drawing with white crayon on black paper. They knew there were only two chances to get it right...the front and the back of the paper. If they "messed up" on both, they had to figure out how to "dress up their mess-up" and make it work.

I told them we'd be making a bird out of some letters in the alphabet. Really?! They know how to make the letters of the alphabet!

I used tempera paints with a little white mixed in it. This really popped on the black paper!

On day two we added the feathers for the wings and tail. If I did this project again I think i would also give them some sequins for a more folk-sy look, almost like Mexican folk art birds.

Here are some Kindergarten examples! 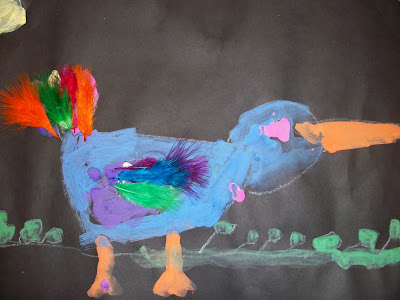 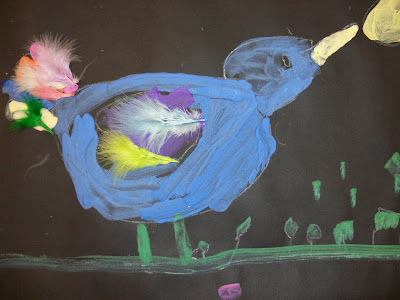 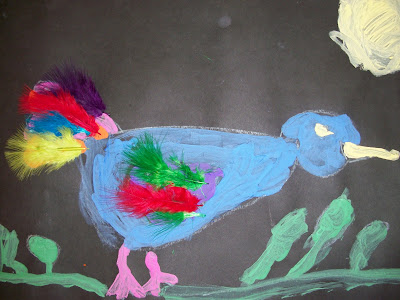 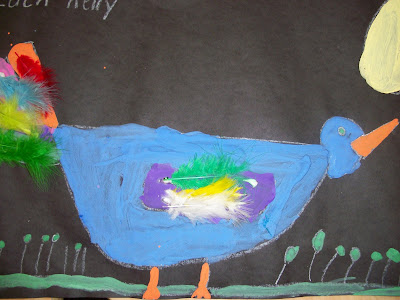